In this talk Ignacio Sánchez Prado will focus on contemporary Mexican cinema as a bi-
national endeavor that includes telling migration stories, the migration of Mexican
filmmakers to the United States, and the way in which Mexican cinema builds
transnational audiences.

Mara Odette Guerrero will discuss the meaning of the Day of the Dead
celebration in Mexico, linking it to the characters from Disney’s Coco (2017). Guerrero
will construct an altar representing the religious and cultural diversity of Mexico. The
participants will be encouraged to make arts and crafts for the altar (which they can also
take home), such as Masks, Cempazuchil Flowers, and Papel Picado banners.

Mara Odette Guerrero-Williams is a Mexican-born artist and gallerist. After living
in Washington D.C. for many years, she returned to Buffalo, and came up with the idea to
promote a multi-pronged organization that would encompass both Buffalo, and the town
of Cuernavaca, in the Mexican state of Morelos. A partnership with the Universidad
Autónoma del Estado de Morelos, Guerrero’s alma mater, was formed; soon thereafter,
the gallery known as Casa de Arte Buffalo-Cuernavaca was born. The Asociación
Cultural Buffalo Cuernavaca, as the umbrella group was calling itself, also initiated a
dialogue with several institutions in Buffalo, including the University at Buffalo and the Latin American Institute. The mission of the group and the gallery was to begin a cultural exchange program, to share intellectual information and the creative spirit. There were multiple Day of the Dead exhibitions held in the gallery. In 2017 the gallery was closed and Mara Odette Guerrero returned to Washington DC. On her return to Buffalo for the Global Film Festival program this October she will lead a Coco workshop for kids, recite Mexican poetry during the Border and Immigration panel, and present her Day of the Dead Katrina sculpture of a skeletal figure in a traditional dress from Chiapas.

During this book reading, children will learn more about Mexico and its cultural
traditions. The following books will be included: Coco Book (2017), Disney/Pixar.
Living in Mexico (2016), Chloe Perkins. Off We Go to Mexico (2008), Laurie Krebs.
The readings will be held at 3 designated times: 5:30 pm, 6 pm, and 6:30 pm. 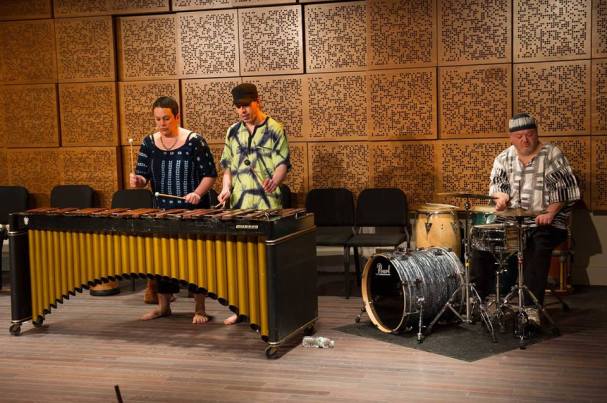 The panel will follow the presentation of short films on borders and immigration. The
panel will begin with the recitation of Mexican poetry by Mara Odette Guerrero. Local
immigration experts from various institutions in Buffalo will then led the conversation
with the audience.